When I moved from Spokane to Seattle in 1989, my friend April Dion gifted a mixed tape of the bands I needed to see here. As people resist putting bands into categories, the Seattle sound was at least enough of a local stew that the music of Jane’s Addiction on this tape was a foreign spice. In the epicenter of humility, the antihero and flannel, Perry Farrell’s color and artistic eccentricities made him someone far away I looked to for artistic inspiration.

My hope found home with Perry as an overflow of creativity, an intense, sentimental and intimate soul, able to convey his presence without words or even visuals. Wherever I am, I can recognize his hands over my eyes from behind.

I was fortunate to be accepted onto the lollapalooza tour in 1993 with a tent of my paintings. My sister Shelley and my friend Shawn drove the entire country with me that summer. I went to Eddie Vedder and Stone Gossard, who had done the tour the year before, and I told them my plan. They were excited for me and helped me to finance a used van for the trip.

The next year, I was asked to do an illustration of Perry for the Lollapalooza magazine called Teeth. I also handed these prints out at the west coast Lollapalooza shows. 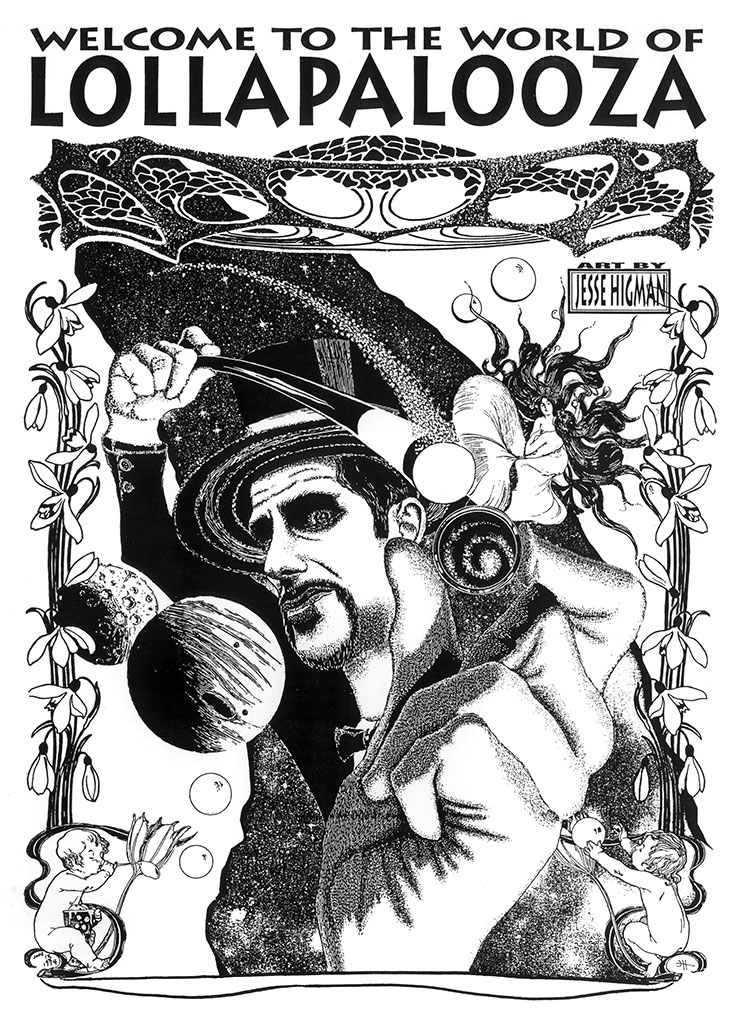 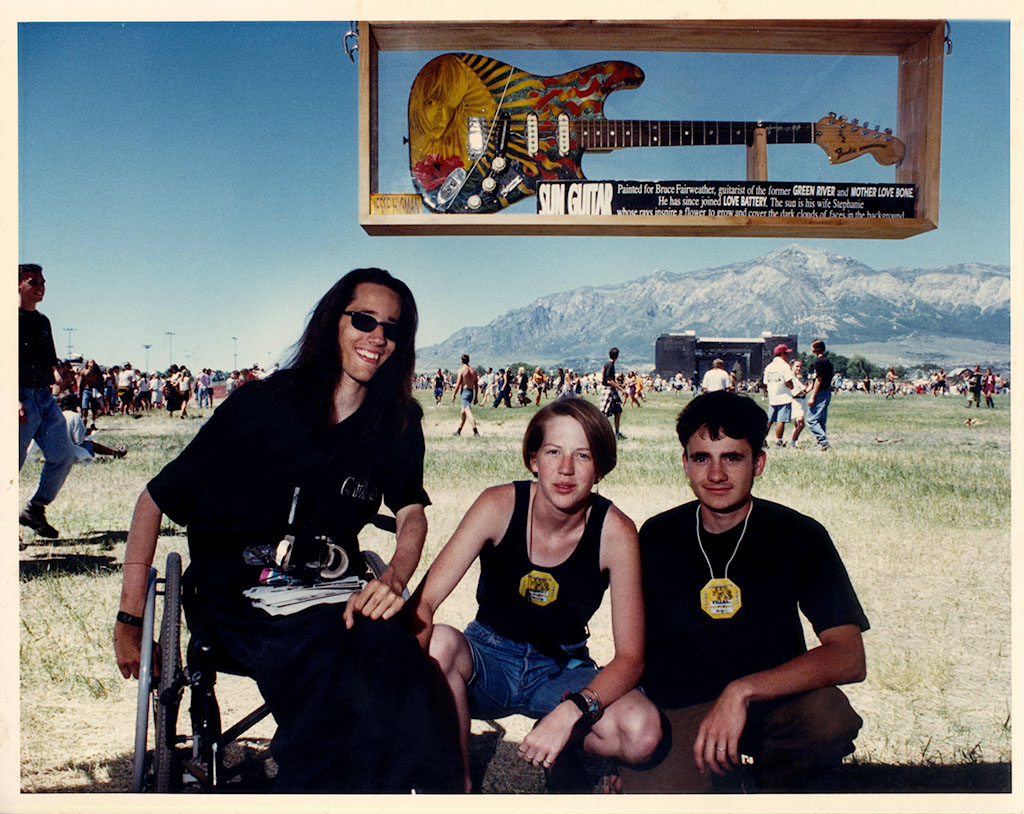 On the tour in 1993, Shelley and Shaun drove the entire United States with me, 30 shows in a month and a half, putting the tent together each morning, hanging the art, hosting concert goers passing through our Midway gallery, then tearing down the tent at night and driving to the next city.

We slept where we could steal away and sat in lawn chairs trying to survive the heat, 100° at midnight in New Orleans, scorpions running between our feet in Arizona. I passed out several times. Every time we hear Rage Against the Machine we think of their energy on the second stage, the gates opening after our morning set up, drinking coffee and chicken scored in vendor culture. Primus closing brings us to the dusty nights with dinosaurs echoing over the emptying fields.

It was an exhausting trip, only for the young, and I am grateful for their help and willingness to dive in with me. We were fortunate to experience many cultures of the United States, our countries within a country, for hospitality on nights we couldn’t afford a hotel, the camaraderie with fellow adventurers and our education in production of that size. 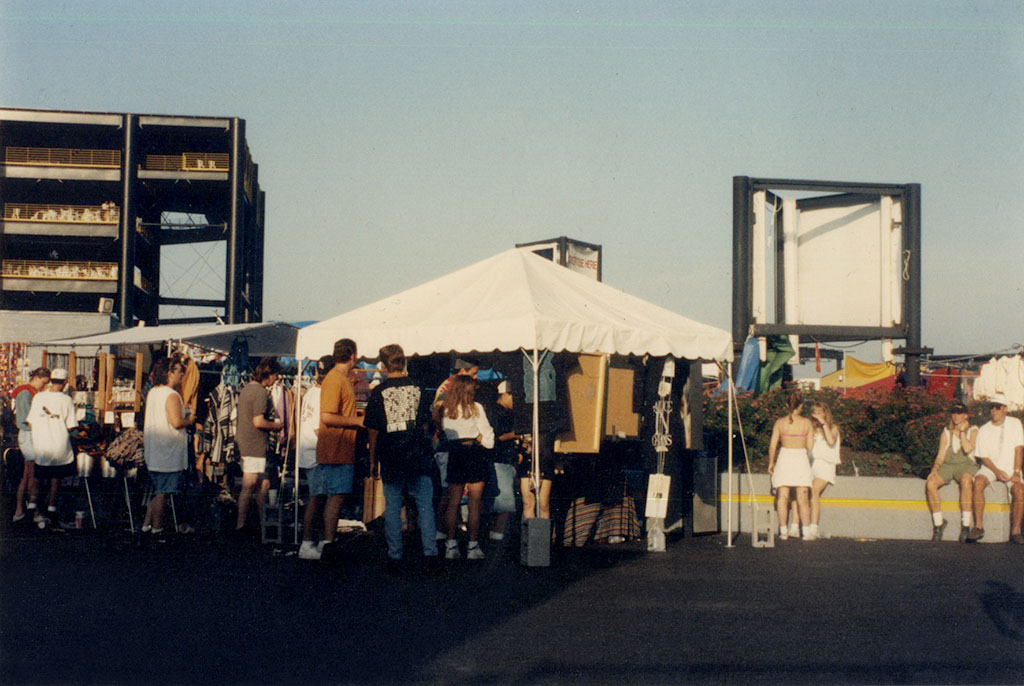 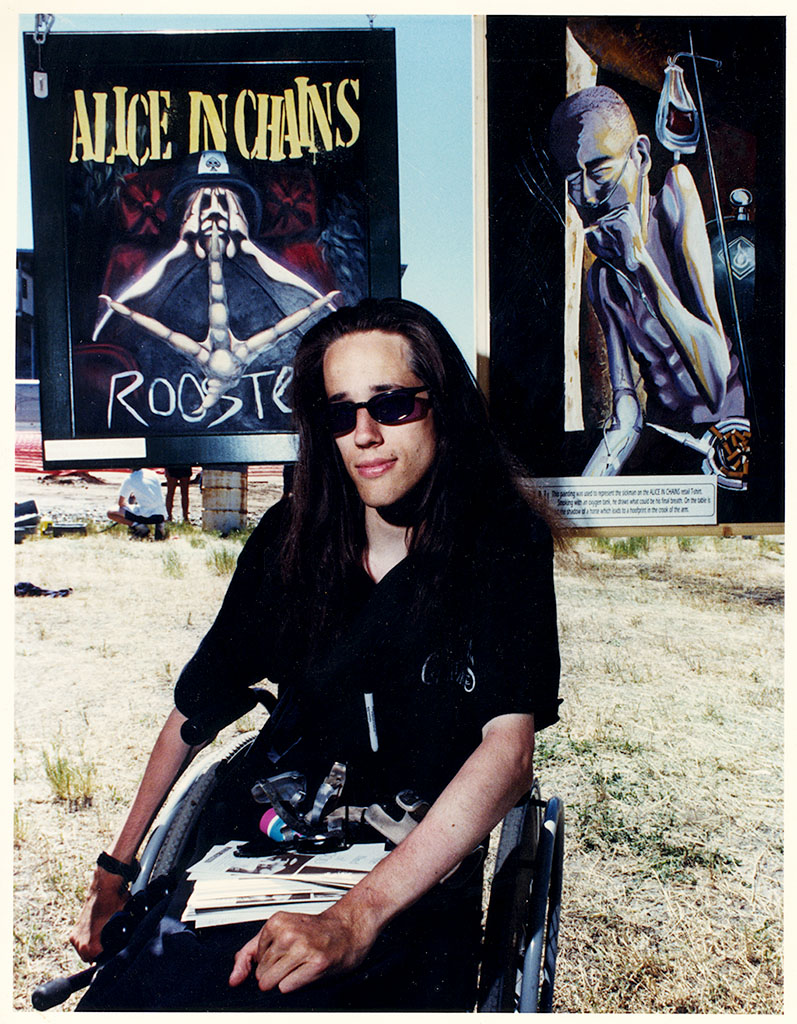 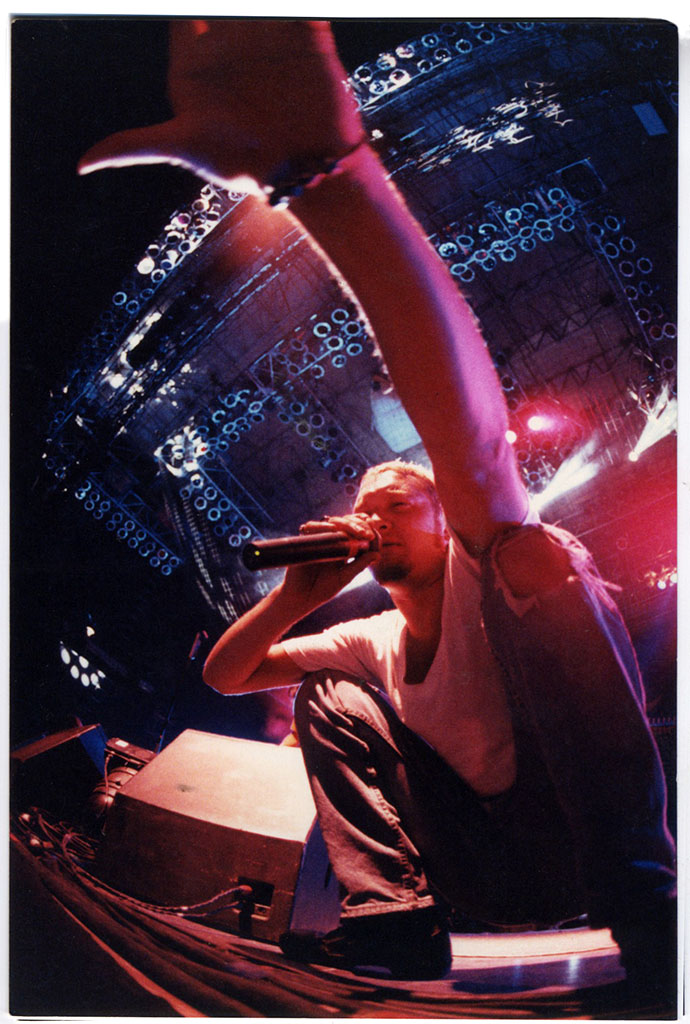 Layne and I grew closer on this trip. He would often come out in a hoodie and sit in the tent observing people. Some nights, I would travel on his bus with him. It was good for both of us, so my sister and Shaun did not have to take care of me, and he was needing to keep clean so we would watch VHS movies he had bought truck stops, listen to songs critically, and reading each other poetry we had written. He was in great health that summer, thick and muscular.

At our hotel in Florida, he came out one morning in his leather jacket, went to the tiki hut bar, ordered a drink and sat on a stool. We talked while little kids in swimsuits patted by on the cement with their wet feet laughing. He always seemed so out of place to me. 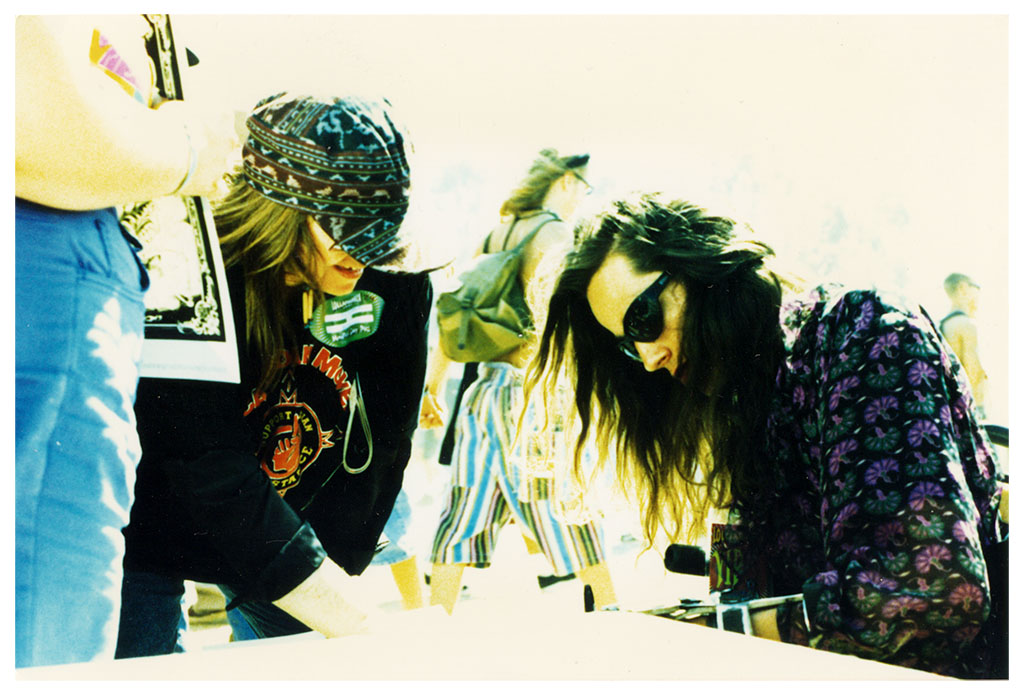 Signing Prints at the George, WA. 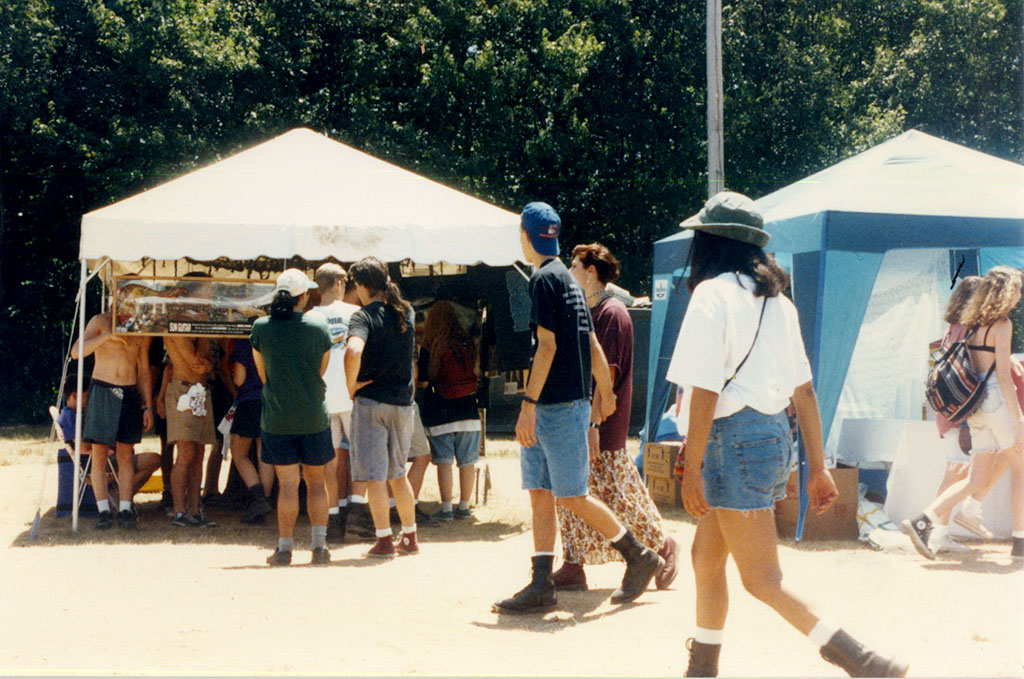 From the thousands of people I watched come through the tent every day, what I took away was that youth are horribly disaffected, like Eeyore the donkey, dragging their feet from place to place, unimpressed. It is the rare person who gets to see life as a place of possibilities. Art and music are amplifications of life. For the kids who still believed in something more, it felt good to bring craft and layers of brushstrokes of their idols into the realm of possibilities.
© Copyright Jesse Higman