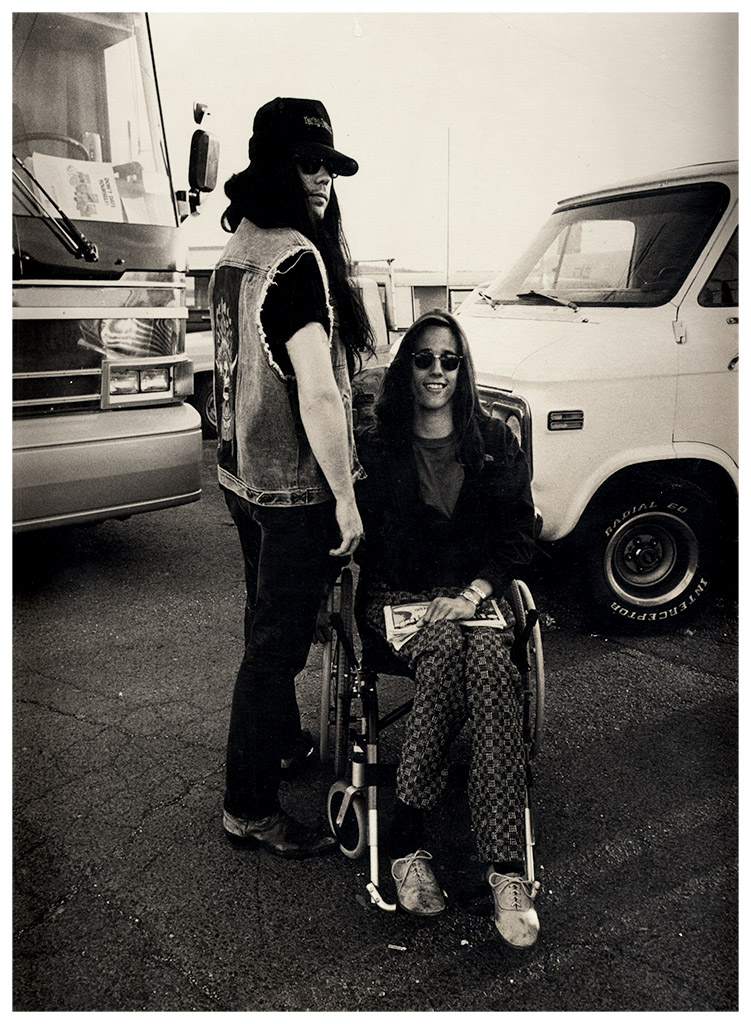 I met Ian Astbury in 1989 when I presented him with a leather jacket I had painted. I have always looked to Ian as the quitesential frontman and artist. In one of those all-important, pivotal gestures by a popstar to a fan, Ian accepted me, brought me to Seattle and introduced me to Mother Love Bone, Soundgarden and Susan Silver. I moved to Seattle a month later and began making art with these bands.

In the bathroom backstage, I took the photo below of Chris Cornell, Andy Wood and Ian Asbury. I see Andy’s love for Chris, Ian’s love for them, and that electricity of what was about to happen. Jim Marshall, who took this black and white photo of Ian and I, is the photographer in the green shirt, the first of several photographers I would be influenced by.

There are untouchable personas, icons, and parts of a friend. It is in all of us and we ring in resonance when they sing with it, a quality of brightness that makes the little white shoot grow towards the sun, the fire that lifts us when we are close. We do it for each other. We are hopeful creatures. God we have to be, to feel the possibilities of the future and push. It’s what youth is full of, yearning and hope. We need that. They needed it. They held it, the power, and the strength to know those blues so completely, dedicating everything to prove it. And as life goes on they leave us here alone, to hope and feel the fire and all the possibilities, knowing how it dies.