Hell Within was unique. Pioneering several internet ideas in the mid 90’s, Scott Blum had the insight to make a visual story as an interactive game to appear as a bonus on a future Alice In Chains CD. Four years later, I had the art finished for the 1999 Alice In Chains box set, Music Bank. It was an involved production, a rock opera, and I made it a personal goal to complete as the band went though its most difficult period. Set in four circles of Dante’s Inferno, the player navigates the story in a View-Master style adventure. I used Macromedia’s Director to facilitate clicks on different areas of the image as songs from the band’s catalog play in background. 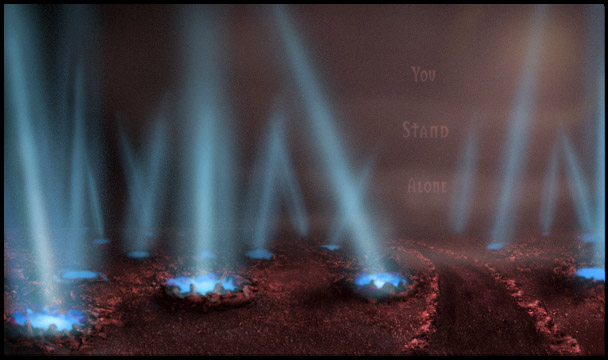