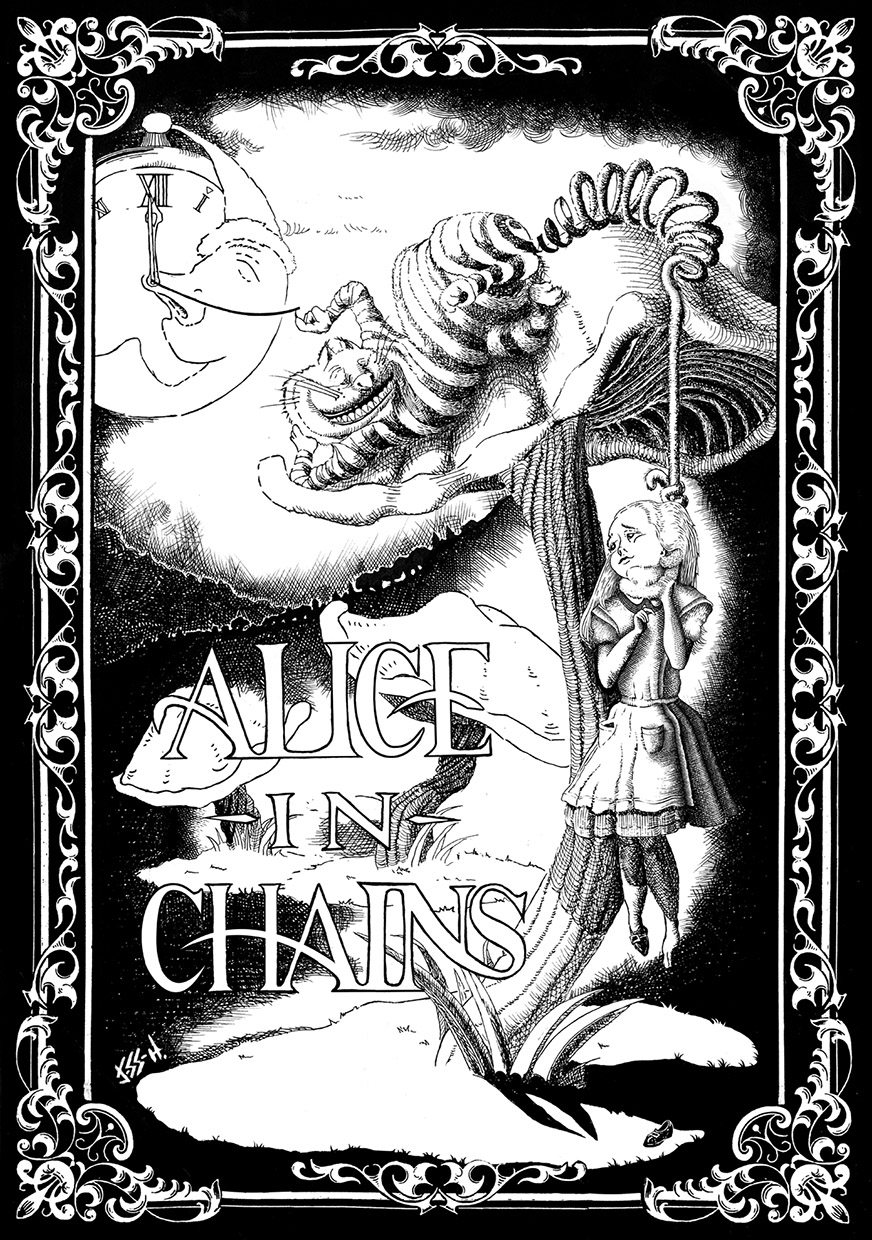 I had known Layne since the late 80’s when he would come up to me at shows and closely examine parts of the leather jackets I had painted the week before. Early on, he and his girlfriend Demri asked me to make things for Alice In Chains. I was going to the University of Washington and told them I could not afford to let my grades drop. In 1992, manager Kelly Curtis persuaded me to draw something for their band.

I had seen Alice In Chains go from local shows to the top of MTV in just a couple of years and by the time Dirt was to be released, they seemed so huge I could not imagine stepping up to make something that would be cast into that sphere. I pictured an artist at the record label working in a black lacquered office being better suited for the job. 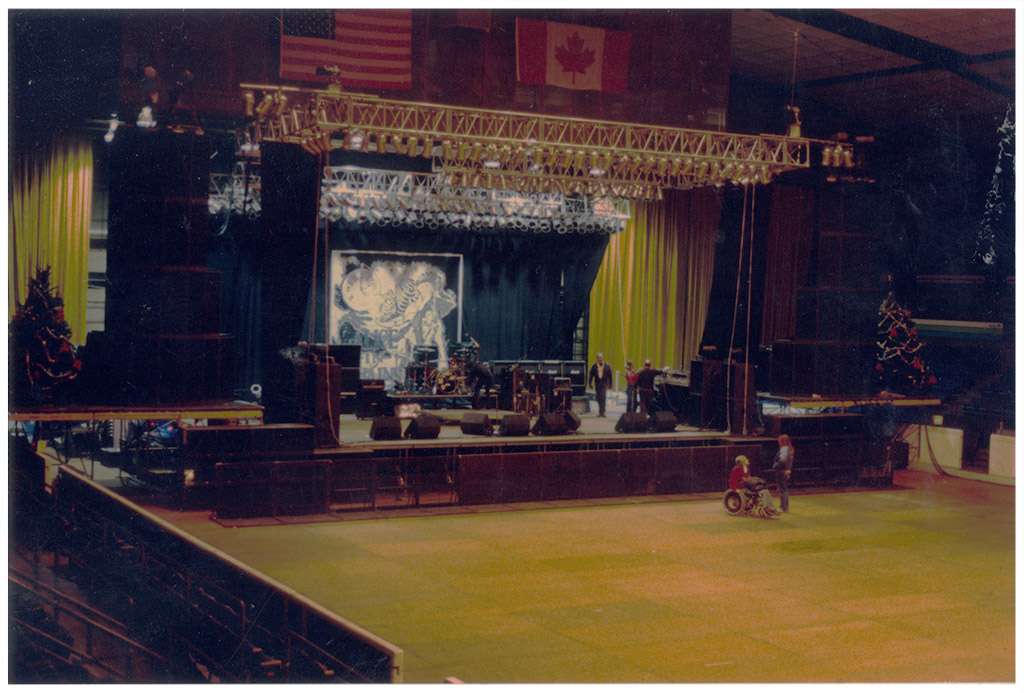 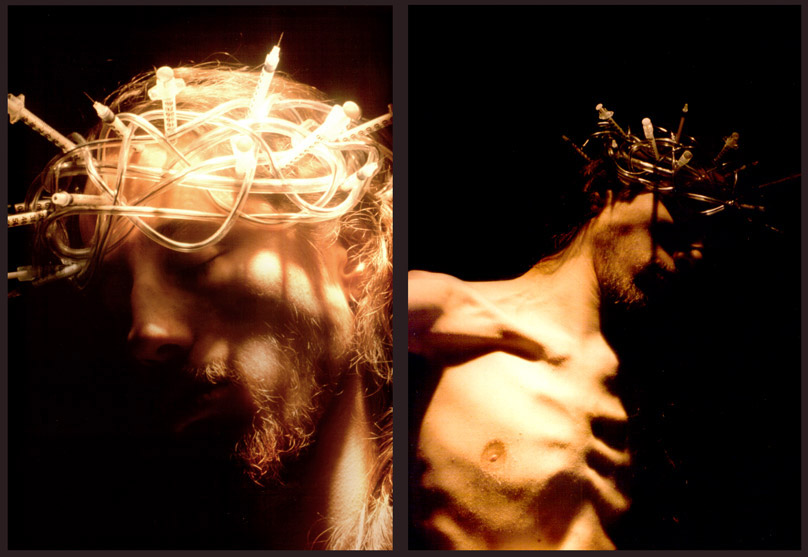 One week after delivering the Alice hanging illustration, I was watching Pearl Jam play at Drop In The Park when Kelly told me the image was already being printed on shirts and in the process of being painted as a stage backdrop. After that, I took the graphic work seriously and began to paint everything in oils as a final product. I became part of a pipeline, from my little room on Capitol Hill, to the band, to the printers, to kids t-shirts in Europe. Everything I sent them over the years got used, except for this God Smack photo which was dismissed by the record label. Candlebox and Blind Melon also tried to use it with their labels. I braided a crown of thorns, rented a pepper light and shot myself shirtless in a mirror.

Rock tells you what is primal in iconic imagery. These are archetypal forms built into our biology that mirror suffering and sacrifice. 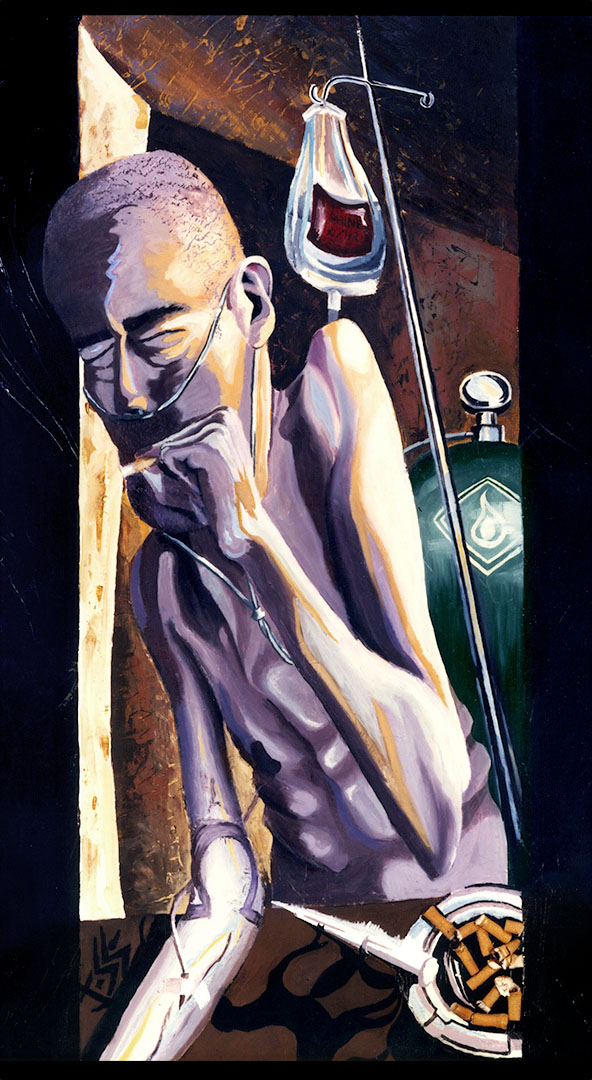 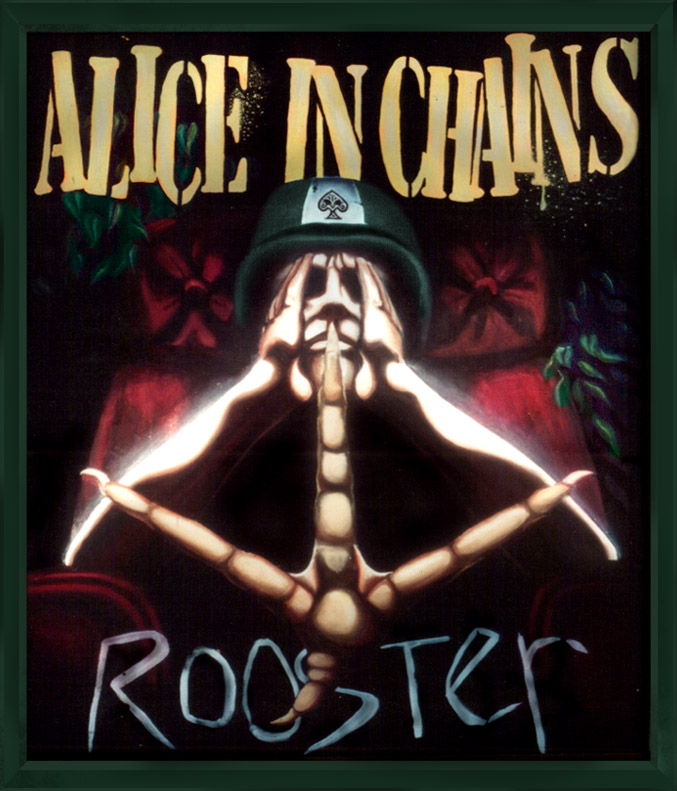 Oil Painting 1994 Collection of the Rock and Roll Hall of Fame. Cleveland, OH 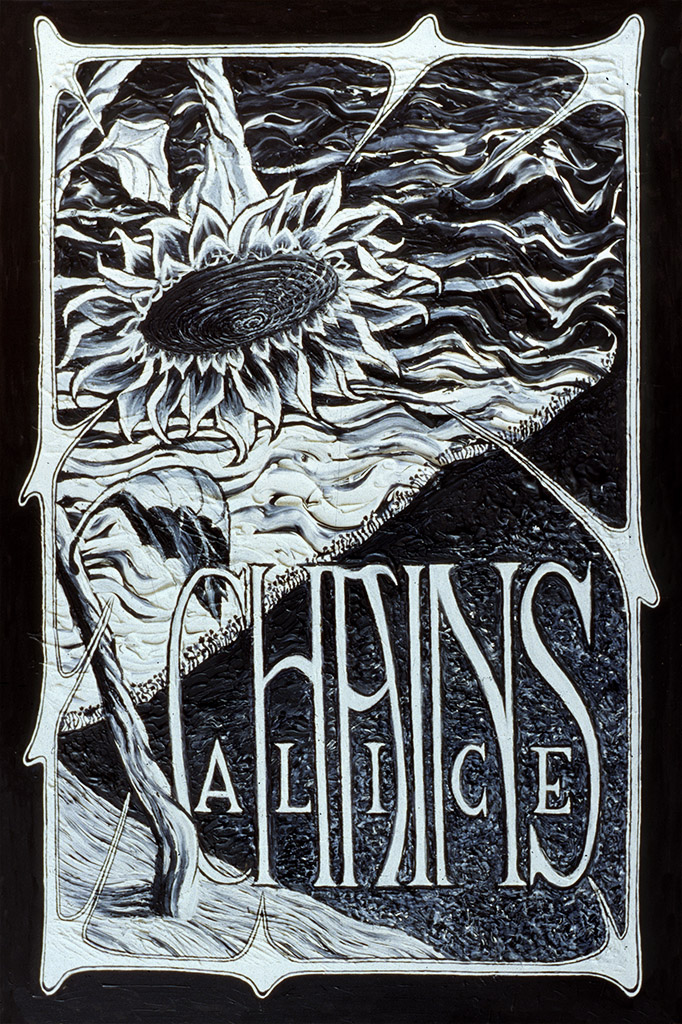